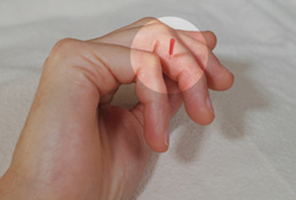 The study of Acupuncture starts from the foundation of Classical Chinese Medicine: Yin Yang theory, Five Movements, five substances, channel system. Soon yet, the student realizes that the teachings move to specific schemes of reasoning – such as zangfu theory – which are the bases of the so called Traditional Chinese Medicine (TCM), a more standardized type of Chinese Medicine.
Not the same in ancient times though, when the acupuncturist was an apprentice following the teachings of his Master – mostly his father or grandpa – and acquired through practice the legacy of a quite peculiar therapeutic style. For this reason, along Acupuncture history, as happened for martial arts, taiji and qigong, countless styles developed all encompassed in the common field of Classic Chinese Medicine foundation.
From one of the least family lineages, bringing down such styles, came Master Tung Chin-Chang (pinyin Dong Jin-chang) (1916-1975). Serving in the Nationalist Army during the Chinese Civil War, he was compelled to flight to Taiwan at the end of II WW. There for several years he went on practicing with success his art as an acupuncturist. Having no children to transmit his inheritance to, and influenced by modern times, he decided to open his teachings to new students. As frequently happened in that times though, he didn’t hold an academic degree. So when, in the ‘60s Taiwan government started regulating the medical professions, he was suddenly excluded from the practice and from the official teaching of Acupuncture. At the time of his death a handful of disciples remained that made his legacy immortal spreading it all over the world.
What is the peculiarity of Tung’s therapeutic style? There are many interesting aspects. First of all, acupoint is – we can say – explored and exploited in all its potential derived from its specific location: part of the body, tissues touched when needling, nearby channels (and their relationship with channels network according to six levels, yin/yang, five movements, zi-wu rule, etc.), nature of the point (in particular with reference to the five shu points) and finally according to zangfu dynamics too.
Due to the thorough use of the acupoint, this style allows to use very few needles threaded according to a rigorous logic, achieving excellent results.
But just thanks to this truly “holographic” vision of the acupoint, Tung’s style offers countless possibilities of intervention. It’s therefore extremely flexible and rigorous at the same time.
As the point itself is working firsthand, in this acupuncture style needle manipulation is almost futile in spite of the accuracy in needle insertion. Many acupoints in Tung’s system are classical points, localized and needled in a slightly different way, in order to get a sum of effects capable of letting the inherent properties of the point to flourish and giving to the acupoint new hues too. For example 66.11 huoju is almost overlapping SP4 gongsun, but it is needled much closer to the metatarsal bone and at different depth depending on the action wanted: a deeper puncture, shaving the periosteum (“bone treating bone” method and bone connected with kidneys and marrow) makes the point effective in treating tension headache and stiff neck, while a shallow insertion works more on bloating, abdominal distention and gastric reflux (similar to classical MTC indication).
As one can realize, this Acupuncture style in its simplicity hides all the complexities of Classical Chinese Medicine. Hence the charm it exerts on the therapist who is fond of the culture and of the history of that Medicine. Coming from a familiar lineage, learning Tung’s style cannot disregard an apprenticeship connection between student and master: only in this setting it is possible to fully grasp its hues and its therapeutic rationale.

Susan Johnson, L. Ac. is a direct disciple of one of Tung’s students, Dr Young Wei-Chieh and of Dr Miriam Lee one of the first therapist to bring this style in the US. Her thirty years’ experience and profound knowledge of Chinese Medicine make Susan an effective and brilliant teacher, under whose guide one can quickly get, since the first seminar, basic operative skills in this therapeutic system.